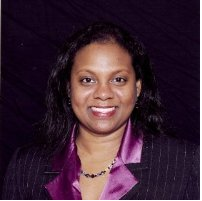 Named as inventor in 2010 of an ATT telecommunications patent, Meena Masih Hall is not only an innovative goal driven technology leader, she is an accomplished project and program management professional with fifteen years of technology experience. Over the past thirteen years, Meena has held a number of leadership positions. Recently during her tour at Fiserv, she was Vice President of Program Management, Vice President Chief of Staff to CIO, Vice President of Project and Program Delivery and Chief of Staff to the CTO. She has also served as Economic Development Chairperson for Gwinnett County Chapter, Delta Sigma Theta Sorority, Inc. 2004-2009 and Co-Director of the Discipleship Ministry at Hopewell Missionary Baptist Church in Norcross, Georgia, 2006-2010.

Meena Hall began her passion for technology at Auburn University, where she received her bachelor of science in Electrical Engineering. She spent nine foundational years at BellSouth where she progressively grew in the software development and delivery space. Later moving to Fiserv, she acquired infrastructure services and delivery management expertise.